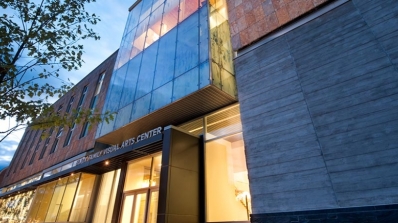 With Sundance Premiere of 'By Water,' Iyabo Kwayana Offers a Personal Story of Healing

Posted on January 25, 2023 by Faculty of Arts and Sciences

The work will be the first animated experimental film to appear on PBS through the America ReFramed series.

Three years after her brother disappeared, Iyabo Kwayana received a voice message from him.

"I have a movie idea for you," he says in the message. He goes on to describe a day in the life of a man who encounters smells in the world that take him back to his childhood—for example, a woman he passes in the street recalls memories of playing with Play-Doh as a child.

"I thought you might want to run with it," her brother says before concluding the message enigmatically: "I'm around, but I'm also not around."

About two years later, Kwayana, an assistant professor of film and media studies, was teaching the first iteration of a course at Dartmouth called "docu-fantasy"—an emerging genre that combines traditional ethnographic filmmaking with speculative and experimental storytelling techniques—when she decided to run with the idea.

"Sometimes I like to model processes with my students," Kwayana says. "I want them to see that creativity does not have to be a perfect process; it can be messy. It was really through my class that I decided to use my brother's idea to try to forge a new way of relating to someone dear to me who was absent at the time."

The resulting short film that Kwayana directed, By Water, weaves historical artifacts such as family photos and audio of the voice message left by her brother into a wistful and poetic animated narrative. The film was an official selection of the Animation Short Film Program at the 2023 Sundance Film Festival, where its four screenings were sold out. Two additional community screenings organized by the festival gave Kwayana an opportunity to engage with live audiences around some of the film's themes.

The 14-minute work was also selected as the first animated experimental film to appear on America ReFramed, an award-winning series co-produced by World Channel and American Documentary. By Water will debut as part of the 11th season of the television and streaming series in 2023. (America ReFramed is available on worldchannel.org, amdoc.org, World Channel's YouTube Channel, and on PBS platforms.) 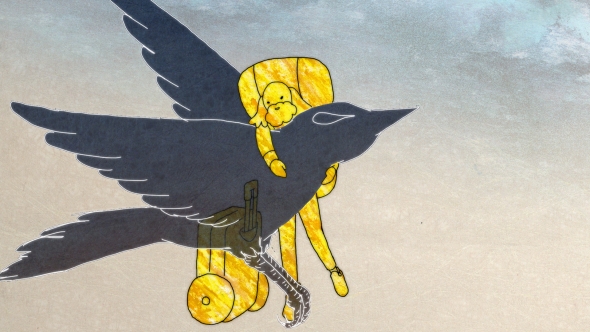 A still from the animated short film "By Water"

With its animated format and focus on the filmmaker's personal experience, By Water represents a departure for Kwayana, who calls it "a labor of love."

In directing her first animated film, Kwayana led a creative team that includes six animators, a sound mixer, and a sound designer. (Kwayana connected with two Dartmouth alumni who served as animators, Alex "Joshua" Davis '18 and Mira Ram '20, through a former student in her docu-fantasy class).

Much of Kwayana's earlier work focuses on the creation of immersive experiences—such as Practice, a 10-minute short film she directed (now streaming on The Criterion Channel) that transforms a study of students engaged in martial arts practice in Henan, China, into a riveting "meditation on movement, ritual, and the relationship between the group and the individual."

Two forthcoming nonfiction film projects center on specific populations. Black Pearl will examine rituals of communion in Black communities in South America, the Caribbean, and the southern United States. And in Hold Up Sky, Kwayana will explore how young people use their artwork to confront various social upheavals.

Creating By Water offered Kwayana a sense of healing as well as an opportunity for advocacy.

"Through making this film, I had a chance to hear my brother's brilliance and remember his wholeness," she says.

"There's an unprecedented number of unhoused people and it's easy for us to stigmatize them and assume that they aren't intelligent," she adds. "Through the gaze of my observations, I am trying to restore a sense of humanity to my brother, people enduring similar struggles, and to other people who have family members who might be experiencing something similar."

Soon after Kwayana began working on By Water, her brother re-established contact with her. She showed him several stills from the film.