Posted on November 30, 2022 by Faculty of Arts and Sciences

For climate activists and scientists alike, this year's global climate change summit in Sharm El-Sheikh, Egypt, yielded mixed results. COP27—the 27th Conference of the Parties to the United Nations Framework Convention on Climate Change—established a global fund to compensate countries that are the most vulnerable to climate catastrophes, but no steps were taken to reduce carbon emissions and fossil fuels, or to stop global average temperatures from rising more than 1.5 degrees Celsius—a threshold beyond which scientists say the risk of climate disasters rises significantly. 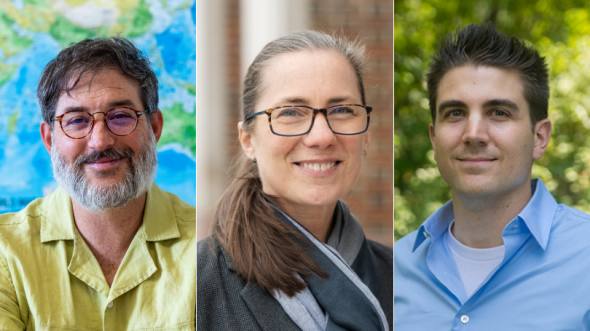 In an effort to better understand the summit's outcomes, we checked in with four of the many Dartmouth community members whose work focuses on climate change: Institute of Arctic Studies Director Melody Brown Burkins, Guarini '95, '98, geography professors Justin Mankin and Jonathan Winter, and climate activist and environmental studies major Kate Yeo '25.

Burkins also serves as a senior associate director at the John Sloan Dickey Center for International Understanding, an adjunct professor of environmental studies, and as a governing board member and fellow at the International Science Council.

Leading up to COP27, research by Mankin and doctoral candidate Christopher Callahan, Guarini '23, detailing the economic costs of climate change was cited in major media outlets including the BBC, Reuters, and Forbes.

In his research and teaching, Winter focuses on climate prediction and the impacts of climate variability and change on water resources and agriculture.

Yeo joined the conference in person as an observer from her home country of Singapore, which organized its first COP27 pavilion—a space separate from the negotiation halls where organizations host events and showcase research. She moderated a panel on youth climate activism and participated in a panel on climate education at the newly launched Climate Justice Pavilion—which for the first time convened representatives at the global climate conference from the Global South, U.S. environmental justice movement, and Indigenous peoples.

Justin Mankin: "If I were to sum the whole thing up, I'd say that the COP27 results are a drop in the bucket. But before the summit, not everyone agreed that there was even a bucket that needed to be filled. The creation of the financial facility is a big win, but it came at the sacrifice of both redress for past harms and a focus on climate mitigation.

Given where negotiations were when this summit started, and that people have been working for three decades to even get liability and damage on the agenda, it's a clear victory. But the fund's substance isn't that clear. It has some pledged contributions, and more are to be urged, but as far as I can tell, none are guaranteed, the accessibility of the funds is undetermined, and the facility itself will likely be underfunded. The monies promised so far are considerably less than the damage estimates folks like Chris and I have provided, which themselves represent lower bounds on the losses from global warming to date. So while the pledges are nice, it seems like the fund was a palatable way for the developed world to skirt liability and damage claims, which were coming to a head."

Jonathan Winter: "The biggest accomplishment of COP27 was the creation of a fund for loss and damage, essentially a pool of money from the countries most responsible for climate change, such as the U.S., Europe, U.K., and China, to help vulnerable countries recover from climate disasters caused or made worse by climate change. While wealthy nations have historically funded climate change adaptation or mitigation in developing nations for years, this is an important shift towards acknowledging responsibility for the harm caused by climate change.

It's important to caveat that while the framework for the loss-and-damage fund has been established, there's still a lot to work out.  How big will it be? How will the money be disbursed?  Will China (a developing country but large greenhouse gas emitter) contribute to the fund? Can the U.S. allocate money without approval from Congress (which is unlikely)?"

Melody Brown Burkins: "I'm appreciative that the fund was created, but it's very frustrating that there were no next steps for mitigating and stopping fossil fuel exploration and increases in emissions that we had hoped for after COP26 in Glasgow. Many of us believed that we would finally take more permanent and legal measures to ramp down emissions or stop fossil fuels more rapidly, but that did not happen.

I've been a climate-focused person since I was an undergrad in geology at Yale, during my doctoral work here at Dartmouth, and when I worked in policy as an aide on energy and the environment to Vermont Senator Patrick Leahy in the 1990s. And it was frustrating then when we couldn't move forward even in a bipartisan way. Taking global action, changing cultures and our whole ways of life—which is how we have to think about climate change—has always been frustrating. But if we don't do anything, it's not just frustrating—it's devastating. We have to balance our frustration with hope."

Kate Yeo: "On one hand, I'm grateful that a loss-and-damage fund was finally established—it's a huge victory for the climate justice movement. Yet it should not have taken this long and so hard a fight for the world to agree to save lives. Developing countries have been calling for loss and damage funds since 1991. Given the current state of the climate today, the loss and damage fund is, at best, just a Band-Aid on a gaping wound. The most critical mitigation strategy of all—the rapid phasing out of fossil fuels—still remained excluded from the final text in Sharm El-Sheikh. I'm frustrated and disappointed but also remain stubbornly hopeful."

Yeo: "One word: Hectic! I was running from negotiation rooms to panels to side events and back to negotiation rooms every day—all while doing my best to keep up with lectures, assignments, and revision for finals in between.

I was primarily tracking Article 6 negotiations on carbon markets which were incredibly technical. Nothing you learn in school can really quite prepare you for this—it took me nearly the whole two weeks to finally begin to understand all the jargon and power plays at hand.

I spent a fair bit of time at the Singapore Pavilion. I was grateful for the opportunity to moderate a panel there on the role of youth climate activism on the opening day of the conference. I was also able to engage with many of Singapore's key decision makers and highlight youth concerns' while learning more about the tradeoffs the government must balance. I also spoke on a panel about climate education at the Climate Justice Pavilion, and one on the role of civil society at the Zambia Pavilion.

We often learn about climate change in class as just another set of data to analyze or another topic to revise for a test. In spaces like COP27 I am able to put a face to the issue: whether it's youth activists from Pakistan calling for reparations, or Indigenous communities who show up to protect their land. Dartmouth is ultimately a bubble—and no amount of advocacy or writing or research will be meaningful if we don't first put these lived experiences at the heart of our work."

The Human Dimension of Climate Change

Yeo: "Overall, the negotiations at COP27 were extremely frustrating to me as a young person who cares deeply about climate issues. Discussions move slowly, go in circles, get blocked by major powers like the US, and at times you begin to wonder if our world 'leaders' really grasp the urgency of this issue. But COP27 is also a place of community and global solidarity. I met so many passionate young people, researchers, scientists, Indigenous people, female negotiators, and more, each person reminding me that this is ultimately a collective fight for a livable future. COP27 also featured the first ever Children and Youth Pavilion, and the first ever Climate Justice Pavilion, a real testament to the power of civil society!"

Winter: "The prominence of agriculture in the COP27 decisions, which broadly recognized the importance of ensuring food security and ending hunger under a changing climate, was particularly notable.

By being highlighted in the COP27 agreement, hopefully agriculture will have a more central role in future climate change negotiations, including both how vulnerable countries can adapt their agriculture systems to a changing climate and how we can reduce greenhouse gas emissions from the agricultural sector, which is responsible for roughly 1/3 of all greenhouse gas emissions. Previous COP agreements have not or only tangentially addressed agriculture. This brings attention to a set of problems that I both work on and think is critical to managing and solving the climate crisis."

Burkins: "Arctic Indigenous Peoples were at COP27—they had a platform for their knowledge and perspectives, and for advocating for the interests of their communities. This growing recognition that there are communities and knowledge in the Arctic that we need to engage with helps put the human dimension of climate change on the map.

The Arctic is warming at four times the rate of the rest of the plant. It's already experiencing things like animal migrations and sea ice loss that we talk about happening to the planet later. Studying climate change that is happening now alongside the voices and perspectives of Arctic Indigenous Peoples—this has been central to our work at the Institute of Arctic Studies for 30 years.

We have students from across disciplines engaging with climate change through activities such as our recently launched Arctic Innovation Scholars Program, which connects them with experiential education and service opportunities, independent research projects, and other endeavors related to the Arctic, climate, sustainability, and the environment. When students say 'I'm frustrated,' we say, 'How can we help get you involved?'" 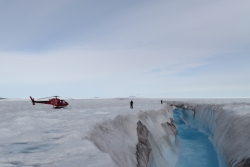 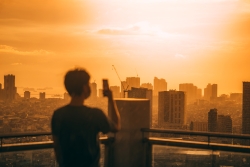 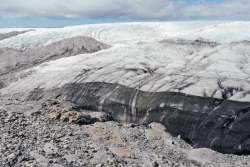